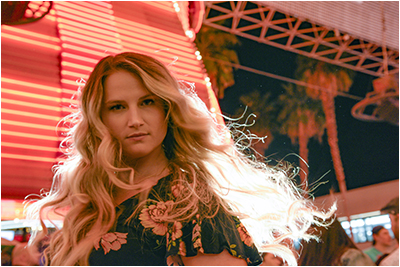 Carolyn Snodgress is a wonderful singer and songwriter. Unlike many other talented lead singers, she has a fantastic ear for harmony and knows how to blend incredibly, which works out great for Waldo Bliss.

She and Mindy Jones have a magical chemistry when their voices lay, soar and blend together.

She has been playing with her own band around Southern California for some years now as well. Last year she opened for Paul Barrier and Fred Tackett of Little Feat at The Coach House in San Juan Capistrano.

She very much enjoys being a solo artist as well as performing with Waldo Bliss. “I love expanding my repertoire” she says. “Dan is constantly coming up with new songs I haven’t heard before (with Laura Nyro’s “Stoned Soul Picnic” being one of those). Dan, Mindy and I have become close over the past few years through rehearsing and performing together. They feel like family now.”

Carolyn currently works at Secret Road, an artist development company that handles promoting Ingrid Michaelson’s career as well as many other artists.

Last year, she sang background vocals on a number of songs for Ingrid’s Christmas album, “Songs For The Season”. And, Carolyn travels around the country doing support work for Ingrid’s career. We don’t think it will be too long before somebody else is traveling aroung the country supporting Carolyn’s career.

She is motivated by Ingrid, but Grammy award winning singer/songwriter Sarah Bareilles also inspires her, “with music that flows and lyrics that really move you”.

Carolyn recently took a songwriting class at the Los Angeles School of Songwriting called “Roots” that “sparked a lot of creativity and collaborations. I am excited to work on new songs and hopefully put a few out into the world this year.”

Any new influences? “I’ve been listening to a lot of pop artists, as that is the genre that I am trying to write for. Artists like Halsey, Lennon Stella, Alex Benjamin, and Bishop Biggs get my attention and inspire me.”

Favorite Bliss show? “I think it’s a tie between the Underground Exchange up in Ojai and McCabe’s Guitar Shop in the LA and surrounding areas. Both had amazing sound and great crowds.”

Go to the VIDEO page on this site right now to hear/watch Carolyn lead the performance of Carl Wilson’s great song, “Heaven”